Our customer had a clear vision of what he wanted from this car – He wanted a piece of Hollywood. When it came to us as a sand blasted, primed body shell, we knew it was going to leave as something special – An Eleanor replica from the movie ‘Gone in 60 Seconds’.   The customer gave us a 351 Clevor engine with quad IDF Webber carbs (which was out of a marathon boat), a four speed gear box and an 8” diff he wanted fitted up to the car. Once the engine bay had been painted, we fitted the motor, gear box and diff.  We modified all the suspension and fitted disc brakes all round. 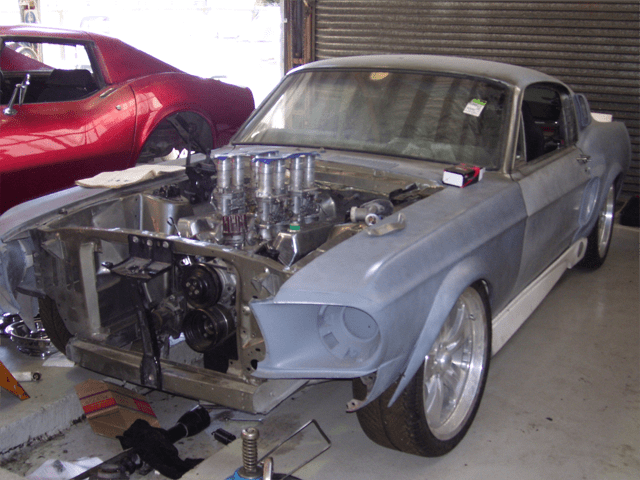 We had a custom radiator made for the car, along with over flow tanks to suit the Clevor cooling system.  We took the car out and road tested it while it was still at the primer stage to make sure it was going to all work together (which it did), and sent it back for a coat of paint.  When it came back to us, we made a custom exhaust to come out the side skirts of the body, finished off the interior and sent it off for a wheel alignment.  The customer took the car away and drove it for a bit, but brought it back to us as he was unhappy with the gear box he had supplied us with.  So we supplied and fitted a 5 speed Tremec TKO600 gear box for him and changed the diff ratio from a 2.75 to 3.8.  This kept him happy for a short time – until he decided he needed more power!! So we supplied and fitted a new Ford Motor Sport 392 Winsor engine, made a custom set of headers and tuned the engine.  It is fair to say the customer was very happy – and Eleanor is one very cool car. 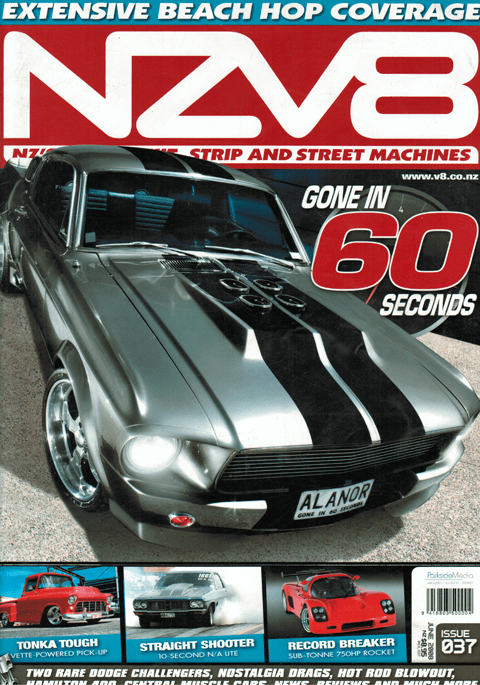 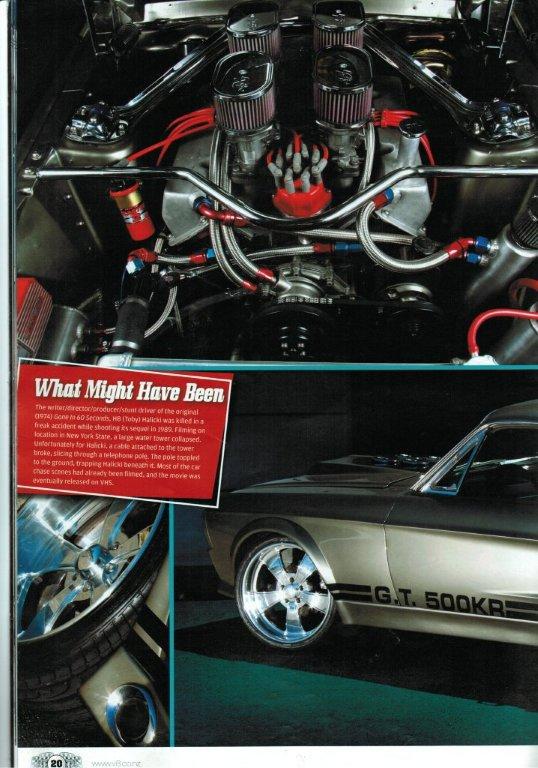